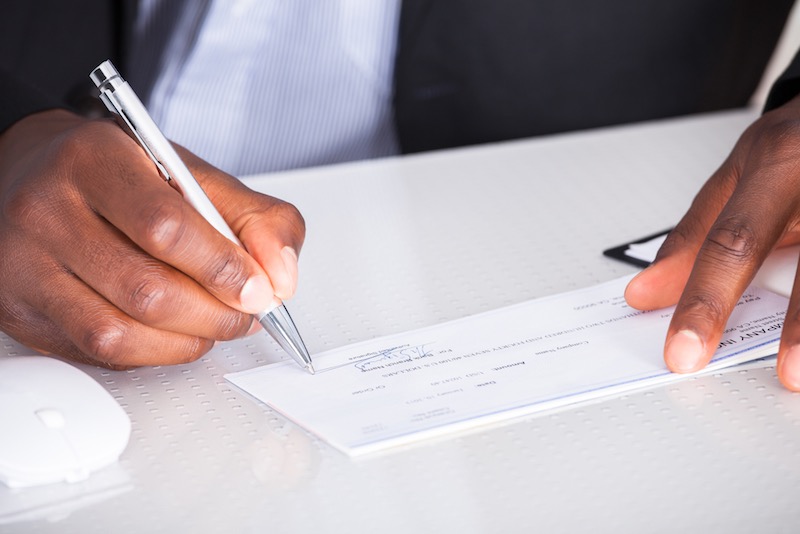 If you did, like me, probably you were both amazed … and a little bit terrified of the implications. Essentially, Google is close to figuring out how to make it so that machines and robots can engage in regular human interaction — with the human being oblivious of the fact that they are engaging with a machine.

(And apparently, I wasn’t the only one troubled by that concept, as Google quickly appended their policy by stating that their robots would indeed self-identify as such.)

The fact is that we are barreling down the road towards ever-increasing automation, and only recently have people begun to pull off to the side for a moment and ask themselves: is all of this automation, speed and convenience a good thing?

These are questions worth pondering as a society, as families in Orange County, and even for the sake of our own souls.

And, as I will posit to you today, for the sake of our wallets.

But before I get there, and speaking of wallets, just Monday of this week, the Supreme Court struck down a 1992 law that outlawed sports gambling at the federal level. Which means that state and federal treasuries are about to salivate over all of the new tax revenue that legalized sports gambling might bring.

And speaking of groan-worthy segues, it might prove to be a very good thing for you to resist the steady snowball of robot automation within your personal finances.

Here’s what I mean…

“As our circle of knowledge expands, so does the circumference of darkness surrounding it.” – Albert Einstein

What if we thought differently about autopay?

What if we were to take a moment to consider the consequences of so much convenience, not just with scary robots intersecting our daily lives, but for the sake of what it might be doing to our pocketbooks?

Small business owners in Orange County and those with more complicated incomes know what it is to write checks for quarterly taxes, and, I believe, they tend to have a deeper sense for what they are paying, as a result.

In fact, I think our country would be a different place if everyone had to write a personal check and send in their taxes like this. If people really saw what they pay (or don’t pay) I think they would feel differently about their tax burden.

In fact, this is part of the genius of financial guru Dave Ramsey’s “envelope system” for family budgeting (whereby you place cash into specified envelopes, and pay only as much cash as remains in the envelope for different budget categories). “Automating away” our obligations can lull us into financial slumber.

Which is why I now propose that you REMOVE financial process automation from certain checks that you write each month. (Again, this is aside from automated savings, as I’ve previously discussed.)

Now, allow me to interject a word of caution: The only danger to this approach is that you run the risk of focusing too much on scrimping pennies. I certainly advocate wise budgeting, but it’s important to remember that thinking overmuch about saving money can constrict your mind away from important “risks”, which can often be worth taking — like starting that business, making a new investment, etc. Don’t let this technique keep you from expanding your financial mindset.

So, here are a few suggestions for what you might DE-automate, for the sake of personal clarity:

1) Just once, receive your paycheck in cash (instead of ACH’d), or cash the full amount when you receive it. Because, have you ever HELD one paycheck’s worth of money before?  It’s really hard to fully comprehend how much you’re bringing in until you physically feel those stacks of $20s in your hand. I can guarantee you it’s a lot harder to spend it when you’re seeing it in person rather than online.  And it hurts frittering it away more, too.

2) Pay your mortgage manually. Feel the burn of this large check, every time you write it. It will trickle into how you think about the other bills which you pay such that even if this is the only bill you take off of “auto-pay”, you’ll be wiser with your remaining funds each month.

3) Only purchase vehicles for cash. If you had to pay outright, wouldn’t you end up with a cheaper car? Probably. Just because many are used to setting up loans and payments for vehicles, does NOT mean it’s wise — in fact, this is one of the primary markers for the “quiet millionaires” (those who are getting ahead financially, even on relatively smaller salaries). Yes, your pride might suffer when you’re not rolling around in a 2018 Audi through Orange County … but considering the real cost of that vehicular pride-booster does wonders for calming your egoistic tendencies.

In short, paying in cash (or with a manual check) helps you to consider the following questions:

Again, some of this could literally take seconds, but the point of it all is that you STOP to think about it. With automation, you don’t get the “ping” every month because it’s already doing the thinking for you.

You’ll learn a LOT more about the financial “you” this way than you would otherwise, I’m certain.

And we could all use more of that in our lives.

New Strategy For Your Finances

HOW CAN WE HELP